The Ducksters website is an educational site especially for kids and is a great source of introductory information for a topic. You can also opt to have the page read aloud to you, and do a quick quiz to check your understanding. 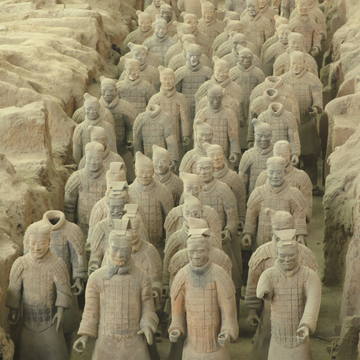 Part of the terracotta army

The Qin Dynasty - The Age of Unification