Year 10 Politics: The Rise of China

China's President Xi Jinping and his quest for world power. An insightful look at his rise to power, how he consolidated his leadership through economic strength, populism and iron fist control, and what is his agenda? 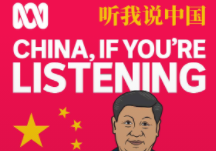 "The fascinating story of why a rising superpower decided to make an example out of Australia."

Conflict with Tibet "The Roof of The World"

This video provides an overview of Tibet under China's rule. It is produced by the campaign organisation Free Tibet - refer to their website for further information.

Is Beijing trying to consign Tibet's ancient culture to history? Dateline talks to Tibetans in fear of losing their architectural and cultural identity.

This video clearly explains the structure of the CCP and how it cements its rule in China by controlling all aspects of the government and daily life in China, discussing the concepts of democratic centralism, stability through control and loyalty above all else.

This video is a primer for understanding the reasons and history behind the long standing dispute over the South China sea, which countries have interests in it and why, and what is being done to manage the dispute.

A basic overview of the historical and political relationship and building tension between China and Taiwan.

Taiwan's sovereignty has been disputed for centuries. Recent actions indicate that China has not ruled out taking Taiwan by force.

This is the message of The Chinese Dream from one of the state-owned TV networks. It states aims for a strong China in terms of politics, the economy and military, and a civilised, harmonious and beautiful China. It differentiates the Chinese Dream from the American Dream as collectivism versus individualism. 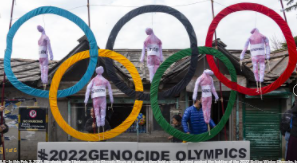 Oppression of the Uighurs

Why More Than a Million Uighurs Are Being Held in Camps in China (2020). Guardian News. YouTube. Duration: 5 min.

Video outlines who the Uighurs are, why they are being targeted en masse, reports of life in the "re-education" camps and whether the situation equates to genocide.

Film in which Muslims in Australia reveal how mass detention camps and heavy surveillance has affected the lives of their families in China.