The Taliban are back. What now?

Below are some examples of entries relating to the topic September 11 and Terrorism from Britannica School. Search Britannica School using the link above to find further information to support your research task.

Below are some examples of entries relating to the topic September 11 and Terrorism from Gale World History and Gale eBooks. Search the Gale platform using the link above to find further information to support your research task.

You may be prompted to log in to use Gale resources. Use the login via Microsoft option using your Loreto email address.

Books from the Library

The War on Terror

The 9/11 Decade: The Intelligence War documentary

September 11 - Music in response to the events

Explore the politically charged music in the aftermath of 9/11.

9/11 was the first major news event in the age of digital cameras and voicemails. This remarkable film tells the never-before-told stories of that day, created through a tapestry of previously unseen video and unheard audio.

9/11: Day that Changed the World documentary.

The definitive inside story of 9/11 from the perspective of those in power. This documentary goes behind the scenes to show how the events of the day played out minute by minute.

A profile of Osama bin Laden (1957-2011), who was born into a wealthy family in Saudi Arabia but became the leader of Al Qaeda.

The Life of Osama bin Laden.

(From Life to Death) 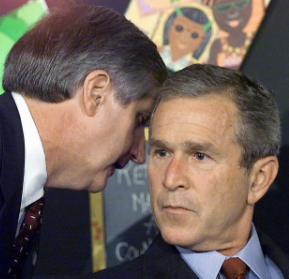 In front of a classroom of children in Florida while promoting reading, White House Chief of Staff Andrew Card discreetly informs President George W. Bush that, "A second plane hit the second tower. America is under attack."

An overview of Osama Bin Laden and Al Qaeda, the 9/11 attacks, the aftermath and impact of the War on Terror and Syria and the rise of Islamic State.

Vengence. Beyond the Towers, Episode 1.

Fiasco. Beyond the Towers, Episode 2.

Black Flag. Beyond the Towers, Episode 3.

Twin Pillars. Beyond the Towers, Episode 4.